For this internship I worked on a team of six students to prepare a physical history exhibit and website for the College of Wooster’s 150th anniversary celebration.

The Exhibit and Virtual Old Main 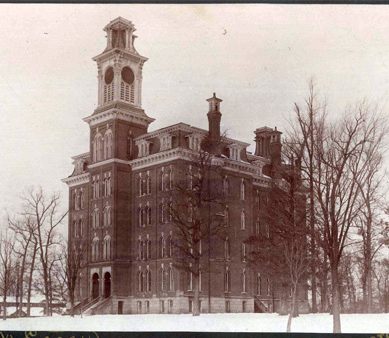 Old Main before its wing editions. My largest contribution to the history exhibit was a virtual tour of Old Main, the original campus building. Before it burned down in 1901, it was the College’s only building, and it housed all the departments and facilities. The only remains of the building I used to reconstruct it were pictures, dimensions recovered from old catalogues my colleagues obtained, and newspaper accounts.

I used Blender to construct the building and its interior. In total, I modeled six rooms , the exterior, hallways, and central staircase fully. I then used these assets in Unity in order to create a virtual tour allowing a user walk around the building. The tour was on display for the entirety of the physical exhibit, but is no longer accessible for viewing.

The exterior of my recreation. A screenshot from the virtual tour.

Designed to be a companion to the exhibit, the website was the bulk of the team’s work. It features many articles detailing pieces of the College’s history.

Myself and another student intern did the bulk of creating the architecture of the site and its design with WordPress and a custom theme (we hacked an existing theme).

The whole team conducted archival research and wrote articles for the site. It can be found at 150th.wooster.edu. 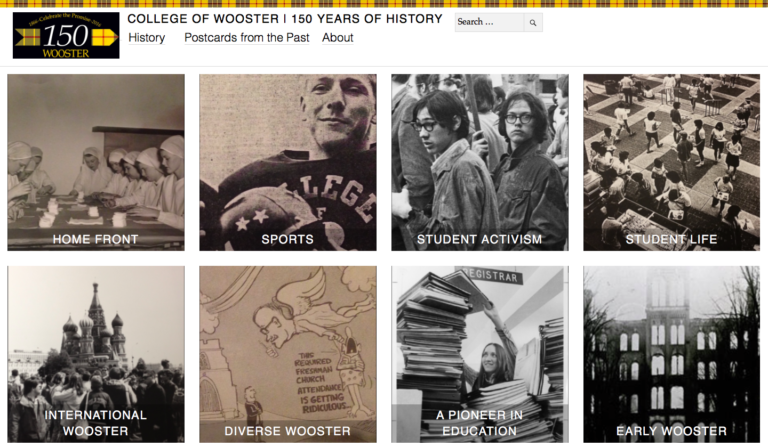